Our Doctors - Medicadent | Biological and Holistic Dentistry | Since 1988 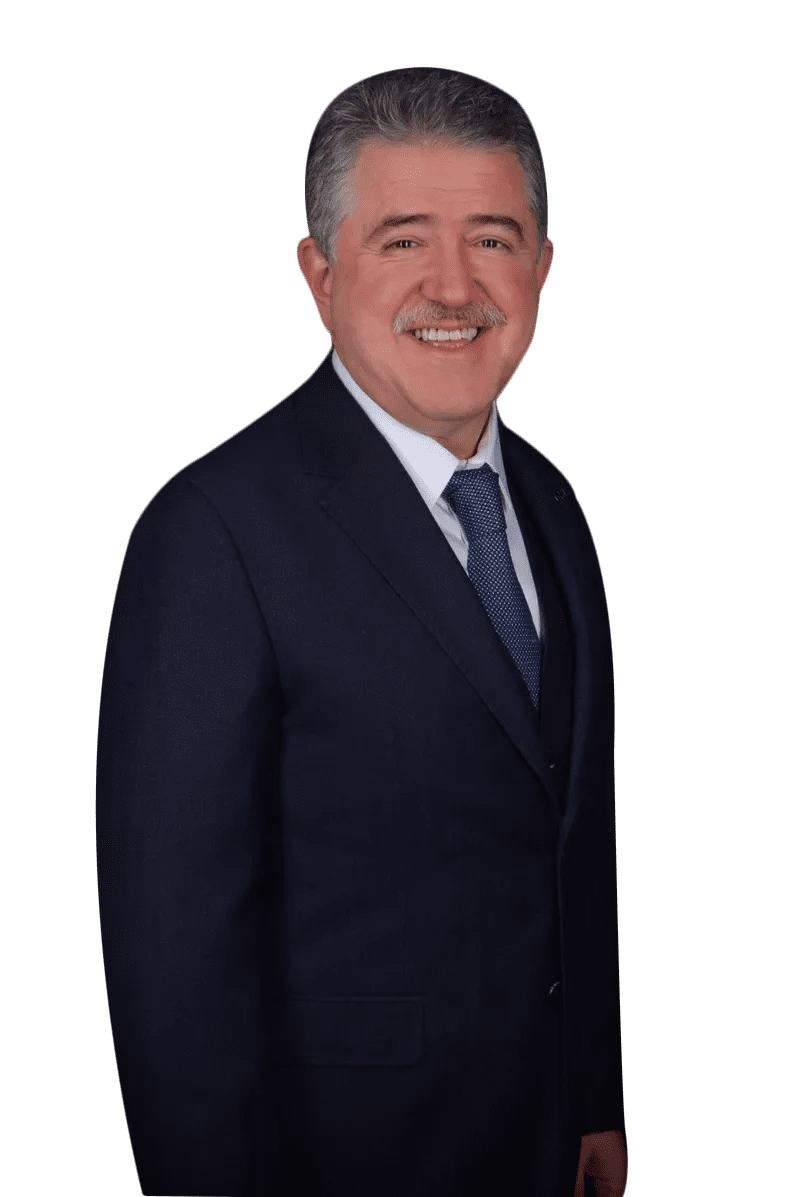 He was born in Erzurum in 1965. He studied primary schools in Kars. He’s finished Kabataş Boys High School in 1982.  He graduated from the Faculty of Dental Medicine, Istanbul University in 1987. He established Kadıköy Medicadent Dental Center in Istanbul in 1988.  He established the first branch of Medicadent Bati Ataşehir in 2014. This clinic is European Advance Training clinic of La & HA ( Laser and Health Academy).

These clinics have been the pioneer of advanced technology products in Turkey.

Implant applications with orthopantomography since 1994, advanced laser technology and applications since 2003, since 2010 DVT ( Dental volumetric tomography ) and since 2014 Cad Cam (CEREC system ) systems are used as standard in treatments in these clinics. There are also international educational organizations and partnerships on these issues in these clinics. Dr. KAZAK performed immediately implant and fixed tooth applications to more than 1000 patients with the Bredent Fast&Fixed method.

Zafer Kazak also finished ‘Master of Science in Laser in Dentistry’ master program at RWTH Aachen University in 2007 (www.aalz.de). Dr. KAZAK was eligible for an approved Master’s degree from the Universities of Nice, Liege and Aachen. He conducted laser mastership organizations as an external staff of Turkey in  Aachen University Laser Academy for 6 years and he took part as an instructor in these organizations.

He became an implant instructor at the German Implant Training Academy (IFZI) in 2010 ( www.ifzi.de ). He has been an advance instructor at Laser&Health Academy since 2014. He is the founding president of the Global Dentists Association. Since the foundation of this association, long-term training programs has been organized on implantology  under the name of Exim (Expert in Implantology ) and on gum diseases under the name of EXPER (Expert in periodontology) as the partner of DGOI (German Oral Implantology Association) in Turkey. In addition, over 10 congresses and symposia, over 100 workshops and seminars were organized. 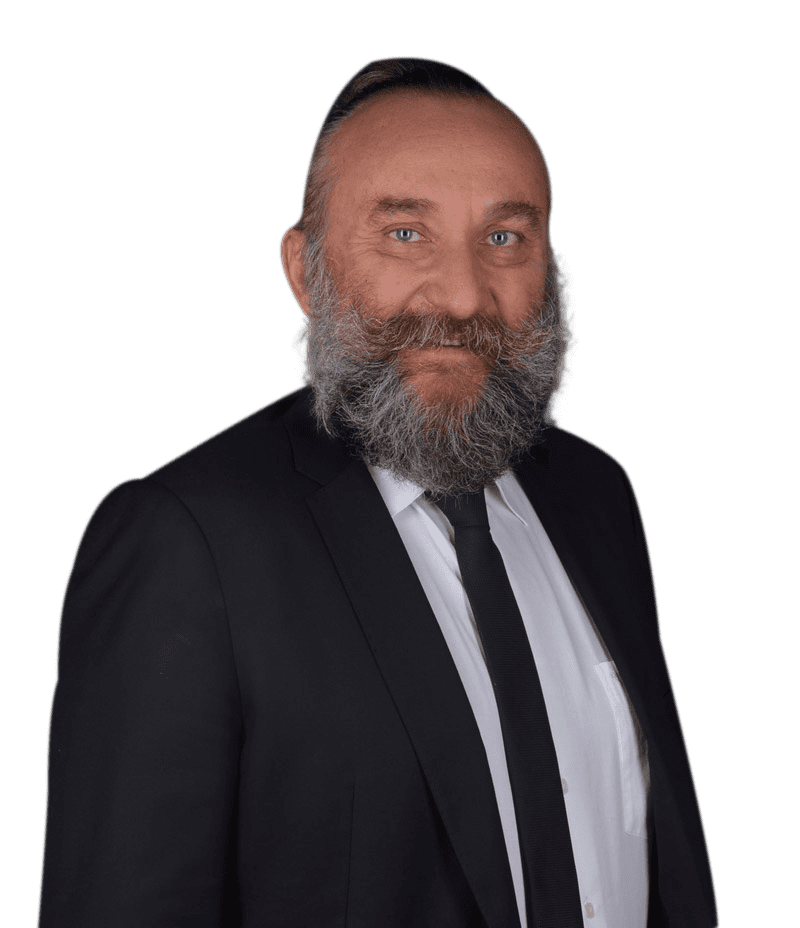 Upon graduating from Istanbul University Faculty of Dentistry in 1988, Dr. Tank carried out his Ph.D. research project in Hanau/Germany Pathology Institute in 1995. In 1996, he received the title of Dr. Med. Dentist in Istanbul University Faculty of Dentistry, Department of Endodontics. In the same year, he worked at Istanbul University Faculty of Dentistry, and between the years 2001 and 2006, he worked as a freelance dentist in the “Dr. Med. Dent. (TR) M. K. Tank” Clinic in Wuppertal, Germany. Between 2004-2006, he worked as a Department Manager at IMECE GmbH in Düsseldorf, as well as working independently whereby engaging in project development and investment consultancy (Healthcare projects), and business plan production activities. Between the years of 2005-2006, he became the founding partner of IVORYDENT GmbH & CO. KG, working as a partner responsible for the development of projects related to the import and export of dental prostheses and production. In 2007-2008, he acted as a clinic manager, founder and concept consultant at My Dental Clinic. Between the years of 2008-2017, he worked as an Endodontist at Istanbul Başkent University Training, Application and Research Hospital, Oral and Dental Health Polyclinic. He worked as a translator for various dentistry books and journals. He was involved in organizing courses and seminars on the use of various endodontic equipment. He worked as a TIM network Health project consultant in 2016-2017. He is the founding partner of TAZ Consulting in Bamako/Mali. He is currently working as an Endodontics Specialist at Medicadent Oral and Dental Health Polyclinic. He applies SWEEPS and PIPS systems at the instructor level in root canal treatment applications. Dr Mehmet Kutlu TANK is an instructor of Optimum Dent Academy.

Upon graduating from Kırşehir HFE Anatolian High School in 2003, Dr. Begüm Gök Çoban continued her education at Ankara University Faculty of Dentistry in the same year. In 2008, she started her doctorate studies in the Department of Pedodontics at Süleyman Demirel University, Faculty of Dentistry, and successfully completed the program. During her doctoral studies, she made various oral presentations and took part in academic declarations at national and international congresses. She has also worked in community-based oral hygiene education programs, and training programs of many schools. Currently, Begüm Gök Çoban is acting as a Pedodontist at Medicadent Oral and Dental Health Polyclinic. Dr. Begüm GÖK ÇOBAN is an instructor of Optimum Dent Academy. 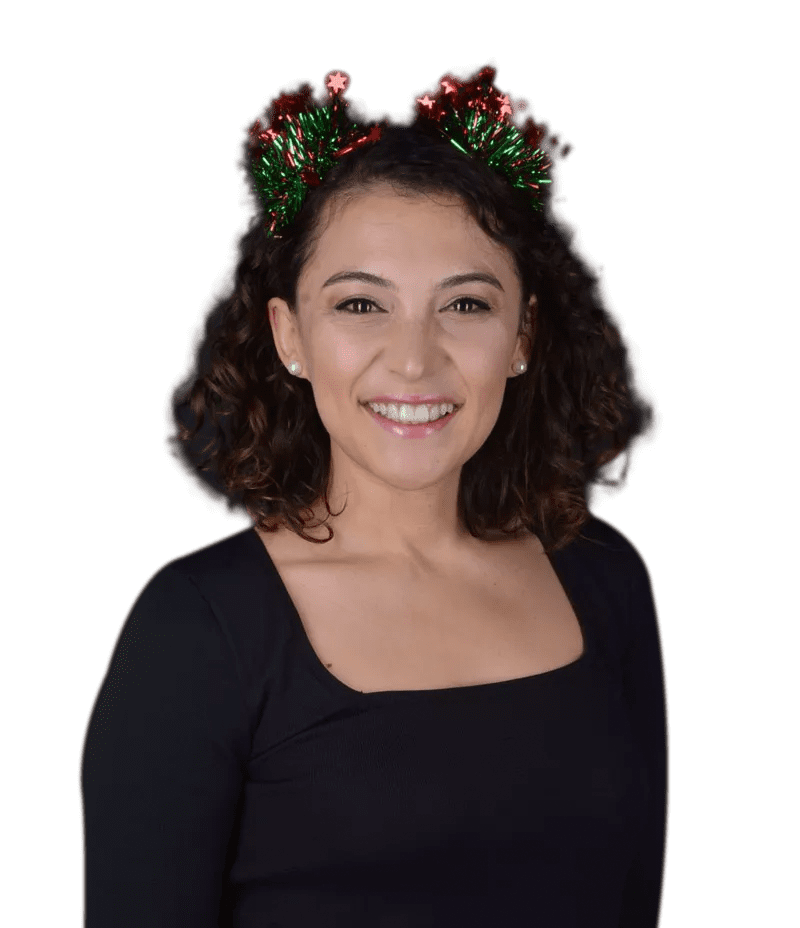 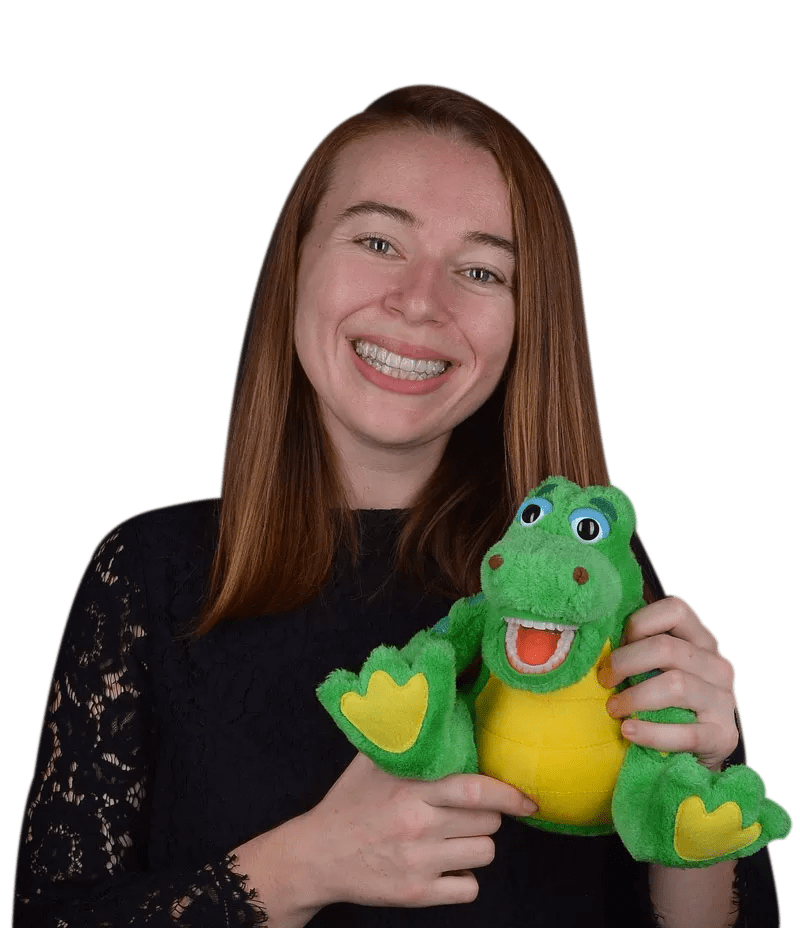 She graduated from Çanakkale Milli Piyango Anatolian High School in 2009, Dt. Elif Yazan entered Yeditepe University Faculty of Dentistry in the same year whereby graduating in 2015. Ms. Yazan, who started the Pediatric Dentistry doctorate program at Istanbul University Faculty of Dentistry in 2017, is still continuing her education. She performed as a Research Assistant at Bezmialem Vakıf University in 2015-2016. She has been working in Medicadent Oral and Dental Health Polyclinic since 2021. Dt. Elif YAZAN is a member of the International Pedodontics Association and the Turkish Pedodontics Association. 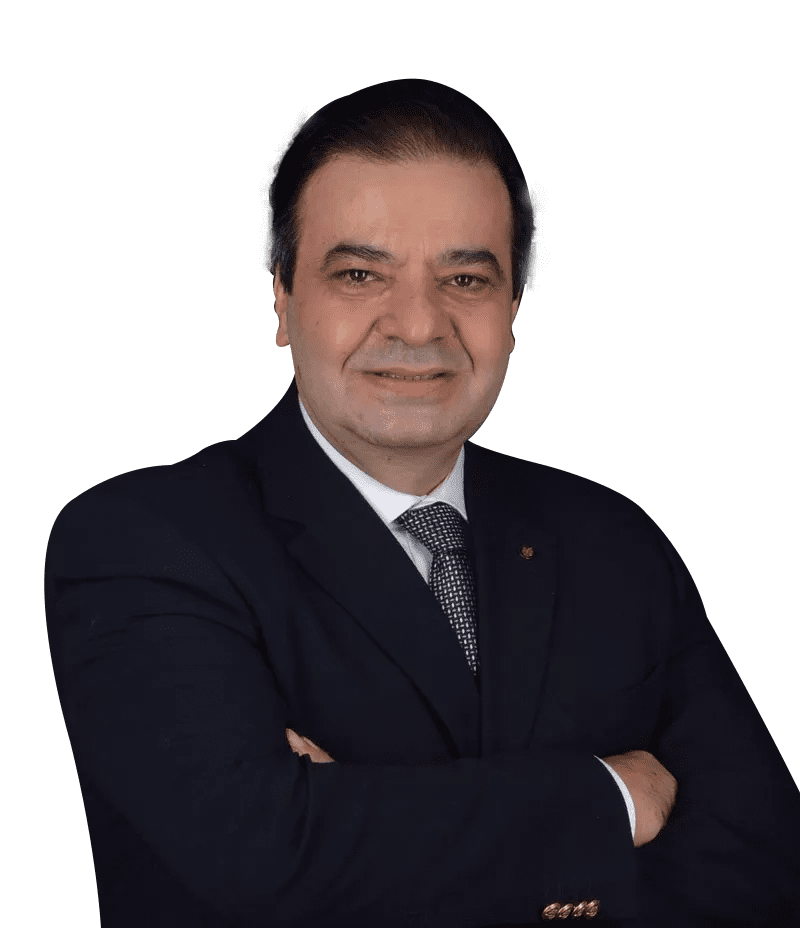 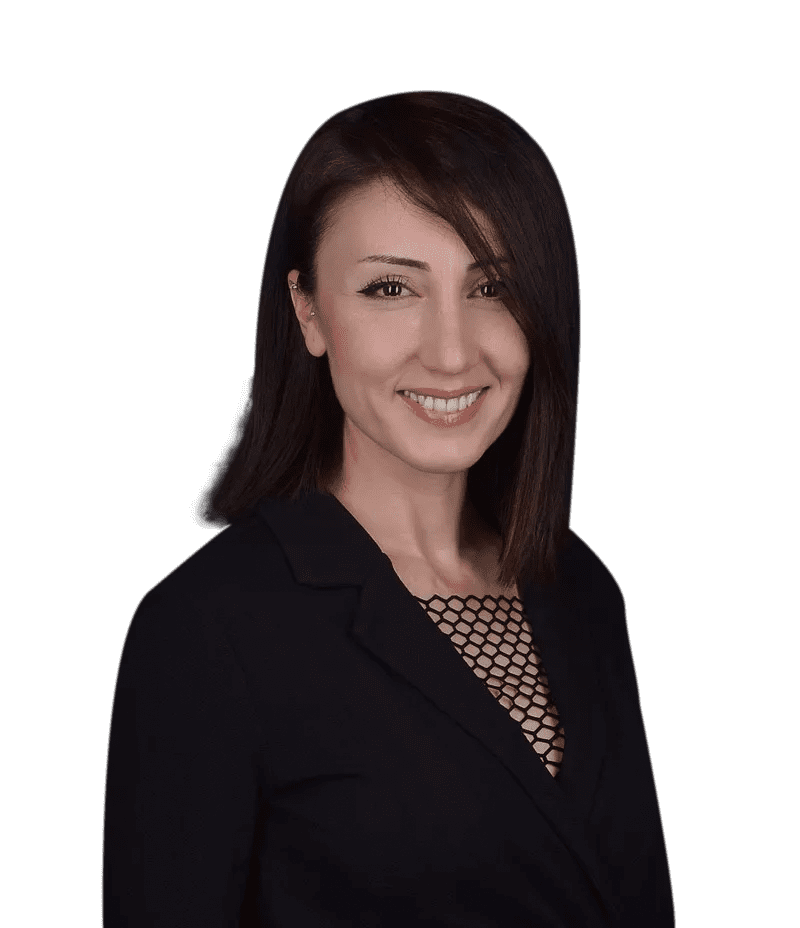 She graduated from Ankara University Faculty of Dentistry in 2011. Between the years 2012-2016, she completed her residency training in Ondokuz Mayıs University, Faculty of Dentistry, Department of Oral, Dental and Maxillofacial Surgery. Between the years 2017-2020, she worked as a Doctor Lecturer at Bülent Ecevit University Faculty of Dentistry and as a specialist in private clinics and hospitals in 2020. Since 2021, she has been working as an Oral, Dental and Maxillofacial Surgery specialist in Private Medicadent Oral and Dental Health Polyclinic. Specialist Dt. Tuğçe Berre Karöz is an instructor of Optimum Dent Academy.

Upon graduating from Adana Yuregir Anatolian High School in 2002, Dr. Umut Ballı enrolled at Hacettepe University Faculty of Dentistry the same year, and graduated in 2007.

He started his doctorate studies in Ondokuz Mayıs University, Faculty of Dentistry, and the Department of Periodontology in 2008, and received the title of Doctor of Science in 2012. Dr. Umut BALLI, who was appointed as a Doctor Lecturer at Zonguldak Bülent Ecevit University in 2013, received the title of Associate Professor in 2017. Working at Zonguldak Bülent Ecevit University between the years 2013-2020 and Bezmialem Vakıf University between the years 2020-2021, Dr. Umut BALLI started his tenure at Medicadent Oral and Dental Health Polyclinic as of 2021. 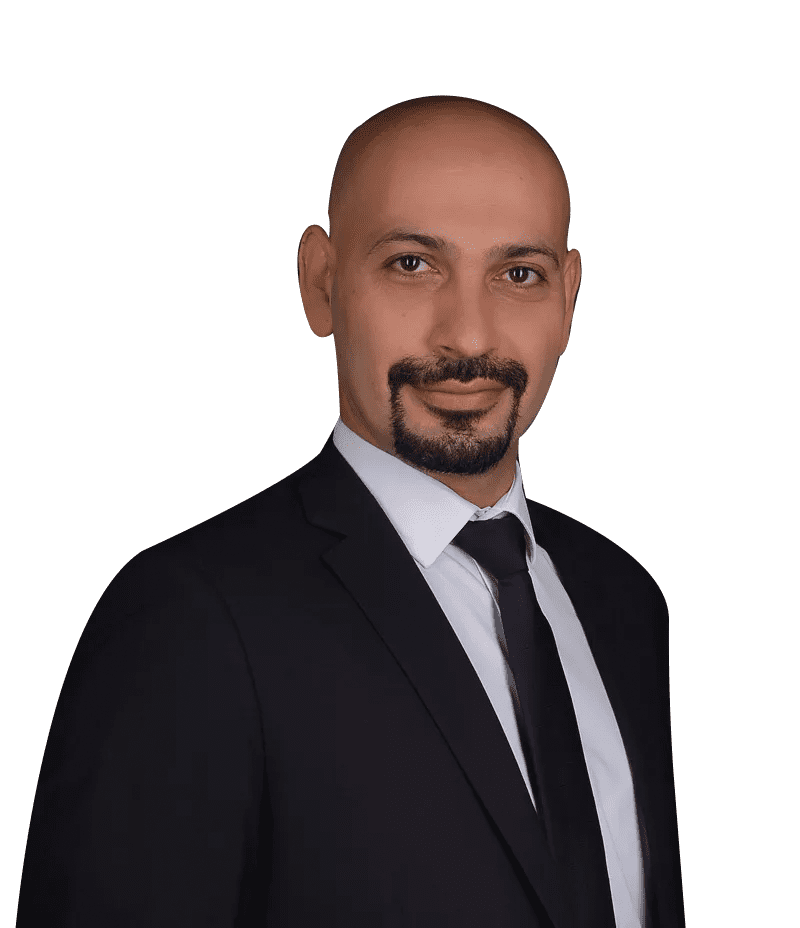 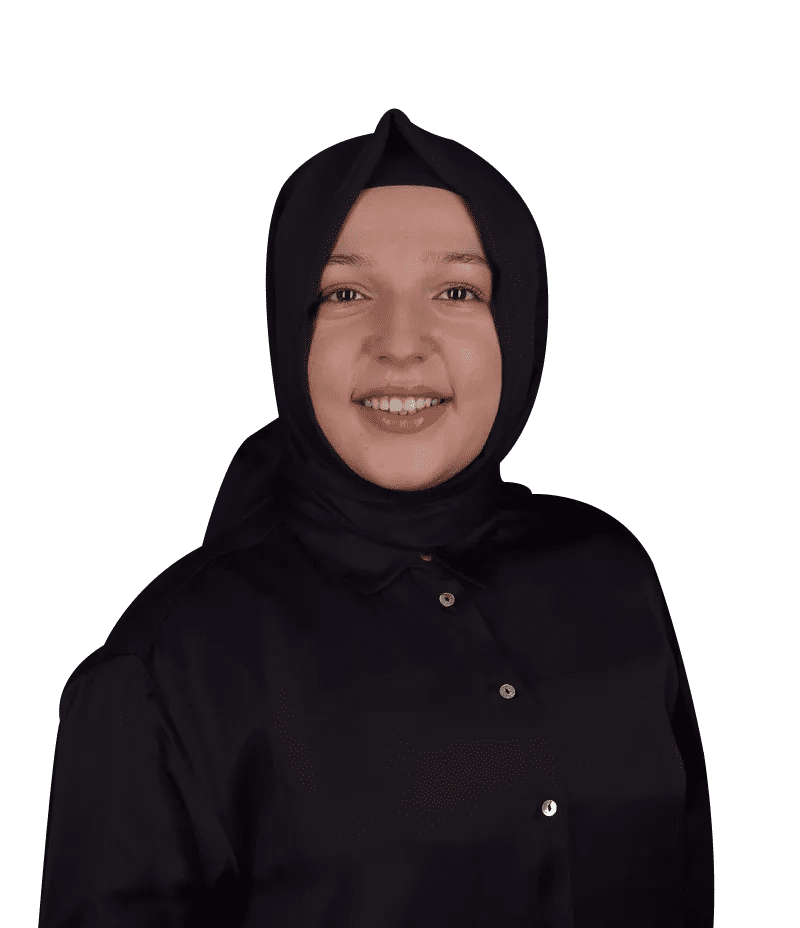 Specialist Dt. Sevcan Akça, who graduated from E.C.A. Elginkan Anatolian High School in 2012, received her bachelor’s degree from Istanbul University Faculty of Dentistry in 2017 with honors, and started her residency training in Bülent Ecevit University, Faculty of Dentistry, and the Department of Endodontics in 2018. Upon completing her studies, she received the title of “Expert Dentist”. After working in many polyclinics and hospitals, she has ultimately joined the Medicadent family. Her professional fields of expertise are root canal treatment, regenerative endodontic treatments, vital pulp treatments, restorative dentistry and endodontic surgery.

She graduated from Ankara University Faculty of Dentistry in 1990 and started to work in a private polyclinic in Çankaya the same year. Upon working in the Dental Clinic of Private Göksoy Hospital in 1994, she later opened her own practice. During this time, she participated in many national and international training programs and congresses. She received Botulinum Toxin and Dermal Filler trainings in 2013, Prof. Dr. Manfred LANG prosthetic restorations on implants in 2014, Fotona Laser Aesthetic Applications and Snoring Treatments in 2015. Tenured at Medicadent Oral and Dental Health Polyclinics since 2013, she has been performing aesthetic and prosthetic dentistry, which are her special expertise. Dt. Nur Gürgen is an instructor of Optimum Dent Academy. 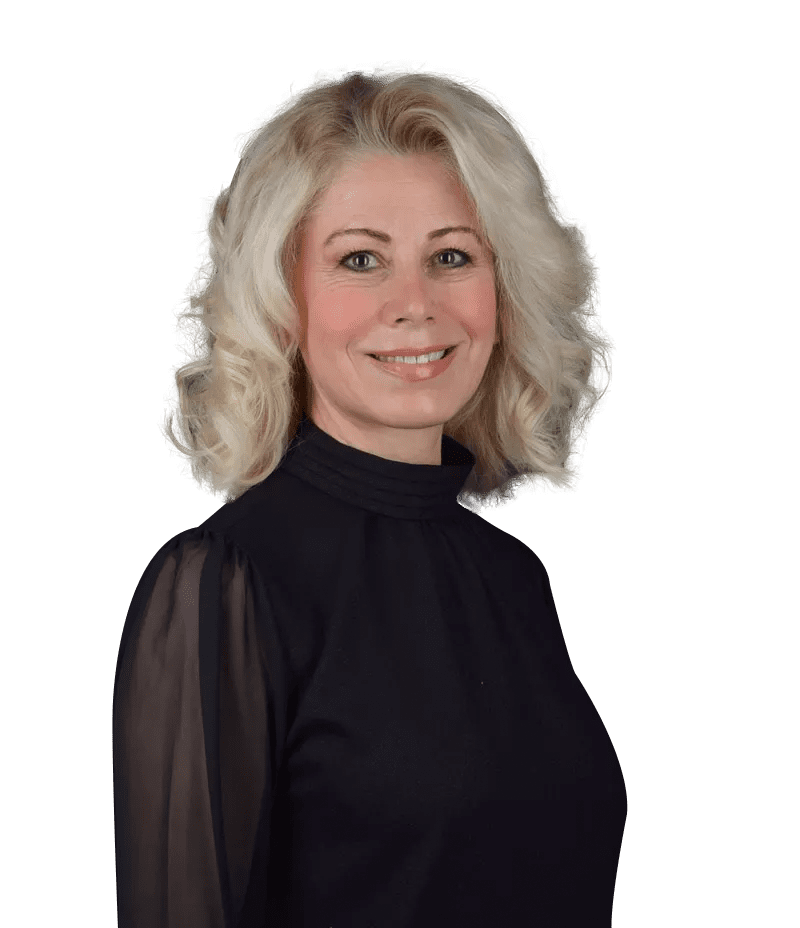 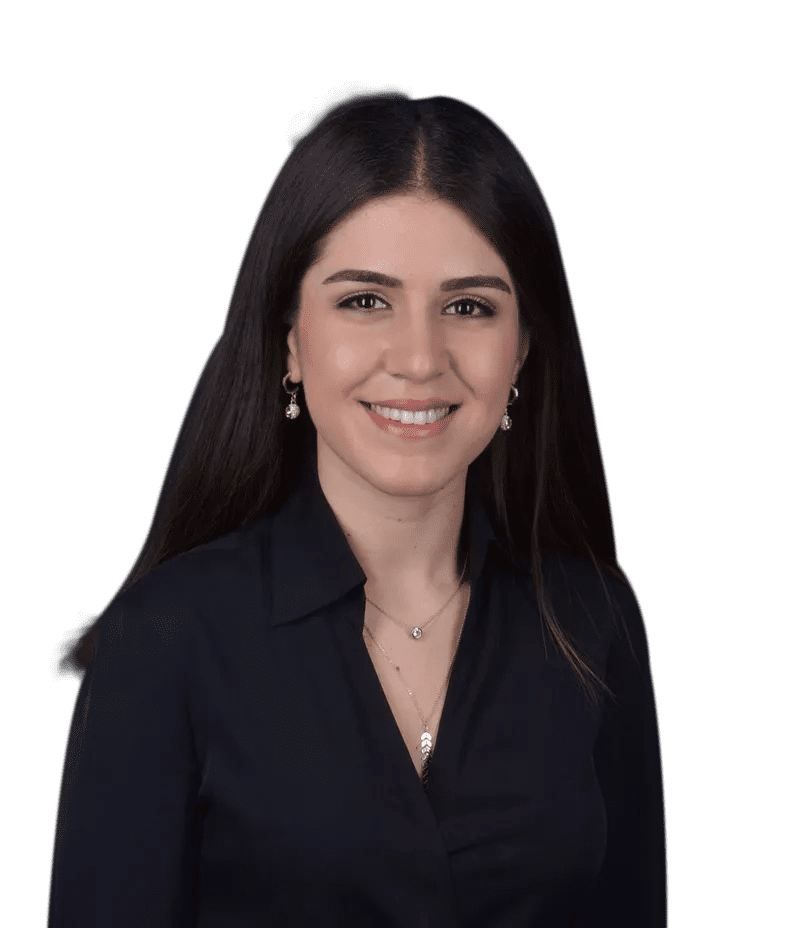 She completed her high school education at Üsküdar Science High School and started her dentistry education at Istanbul Medipol University Faculty of Dentistry. Upon graduating in 2020, Dentist İzel Kazak served as the founding president of UniGlobal Dentistry Club during her university studies.

She contributed to the experiences of the students of the faculty of dentistry with the many trainings and symposiums she took part in their organization. During her education, she participated in many courses, symposiums and various congresses nationally and internationally. In 2019, she received special implant initial and ergonomic training from IFZI ACADEMY (www.ifzi.de). She has successfully completed the training modules of LA & HA (Laser and Health Academy) laser safety, laser physics and laser use in restorative and endodontic treatments.

Adile Salehli Tosun, who graduated from Rotary 100th Year Anatolian High School in 2010, enrolled in Istanbul Medipol University Faculty of Dentistry in the same year and graduated in 2016 as the salutatorian of the faculty. In the same year, she became the 55th in Turkey in the Dentistry Specialization Examination and was entitled to become a Research Assistant at the Department of Orthodontics at Uşak University. After working in many private institutions, she ultimately joined the Medicadent family as an Orthodontist in 2021. Professional interests; facial aesthetics are primarily orthodontic treatment, clear plaques, child and adult orthodontics and night plaque (splint) applications. Specialist Dt. Adile Salehli Tosun, a licensed Invisalign practitioner, is a member of the European Orthodontic Society, Turkish Dental Association, FACE Academy and Turkish Orthodontic Society. 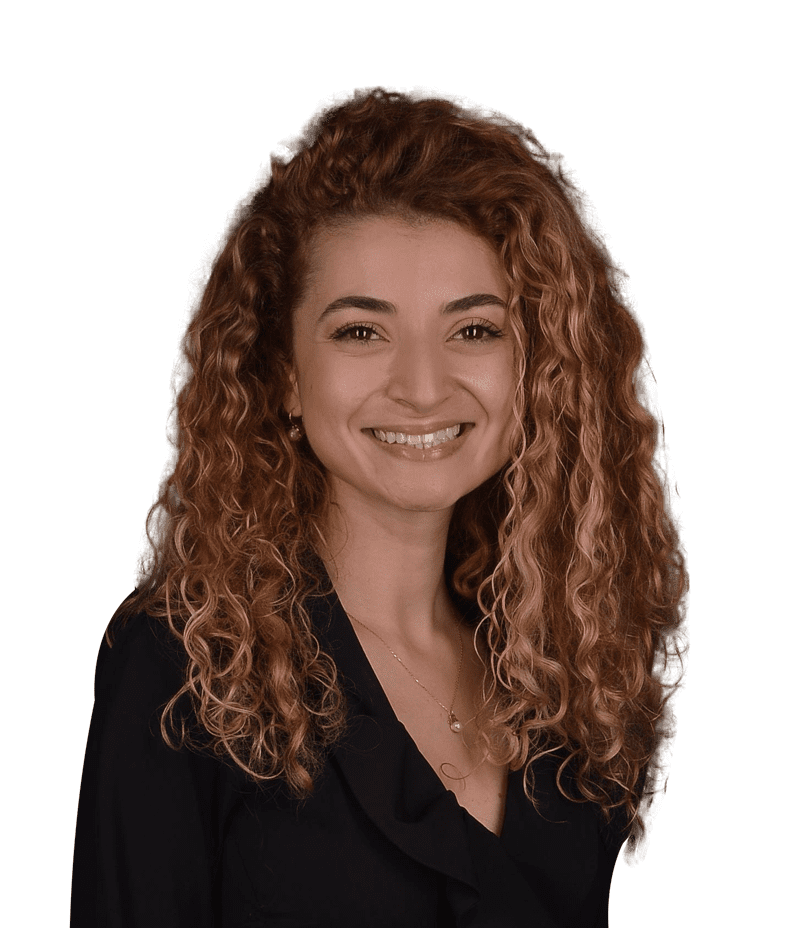 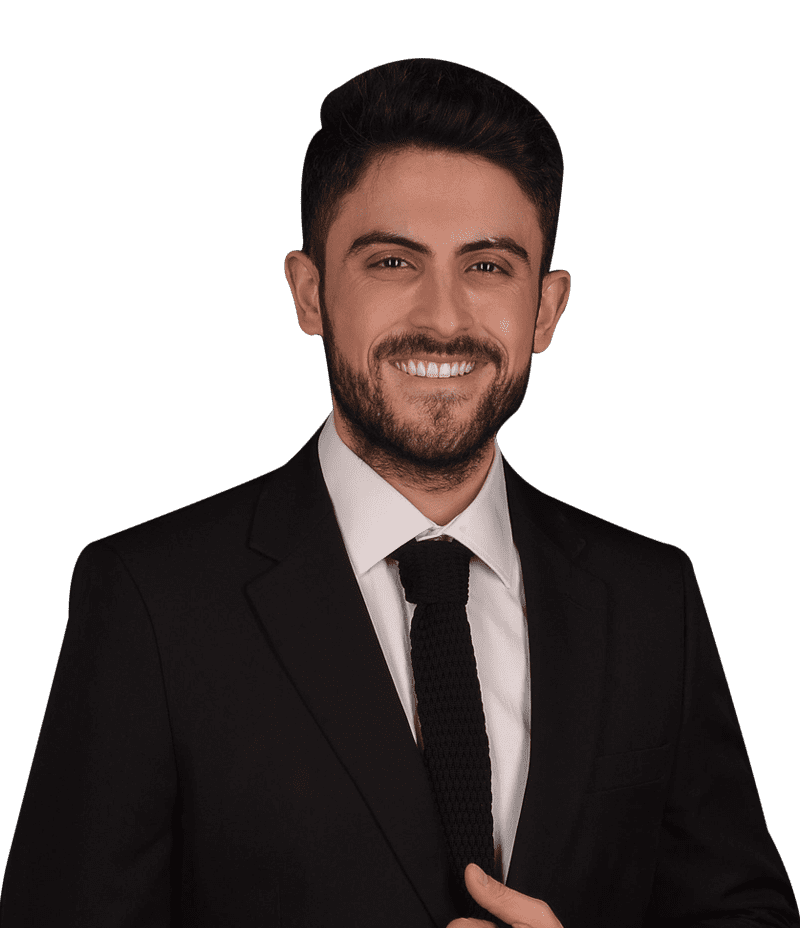 As the 79th ranking person in Turkey in the 2016 Dentistry Specialization Examination, he started to work as a Research Assistant in the Department of Orthodontics at Fırat University. Between the years 2018-2021, he continued his duty at Kırıkkale University Faculty of Dentistry. After working in many private institutions, he ultimately joined the Medicadent family as an Orthodontist in 2021.

The information contained in the site content is for providing support. It is not a substitute for the fact that the doctor examines his patient for medical purposes, diagnoses and diagnoses.